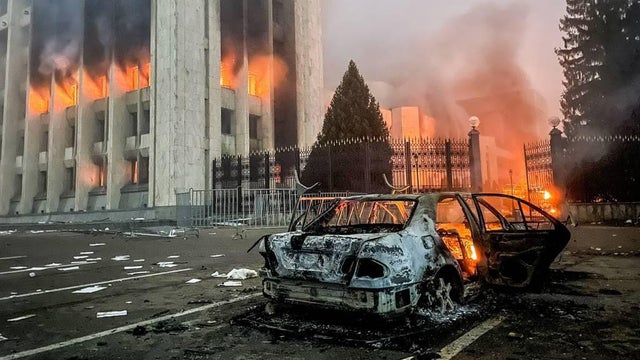 Kazakhstan in recent days has been in the midst of the biggest protests and violence it has seen since its independence in 1991, leading a few comments to call what has happened, ‘Black January’. The present violence and protests allegedly began as a result of sharp increases in fuel prices. But as things progressed there it became clear that the protests began almost simultaneously across the country, strongly suggesting central organization, and Kazakh social media is awash with demands from the protesters, some of which also suggest foreign interference. This is a situation in development. We will begin to have a look at it here, to be updated as time goes on. END_OF_DOCUMENT_TOKEN_TO_BE_REPLACED 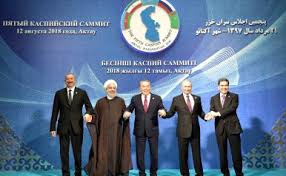 On 12 Aug 18 the five nations that border the Caspian Sea signed a historic agreement that will have very significant impacts in Eurasian relations and integration, probably far into the future. The five nations – Iran, Russia, Kazakhstan, Azerbaijan and Turkmenistan – signed the agreement at Aktau, Kazakstan after over 20 years of difficult negotiations. Media outlets from around the world covered the event. The convention has solved many security issues for the region, has defined borders in the Caspian Sea and enables unfettered implementation of energy projects and transit, provided the signatory states agree. It also stipulates that no foreign powers – such as the US and NATO – can place military bases in those nations. The last two points, energy and military bases, have foreign policy planners in Washington and London royally peeved, because it shuts the US and UK out of the immediate region and greatly benefits China’s Belt and Road Initiative, not to mention significantly easing Russian security concerns. Two of the signatories – Russia and Iran – are guaranteed a free transit route between them, in case any great troubles were to take place with Iran, another factor which has particularly irked Washington, because Western powers would not be able to interdict such shipments directly from the states involved. END_OF_DOCUMENT_TOKEN_TO_BE_REPLACED