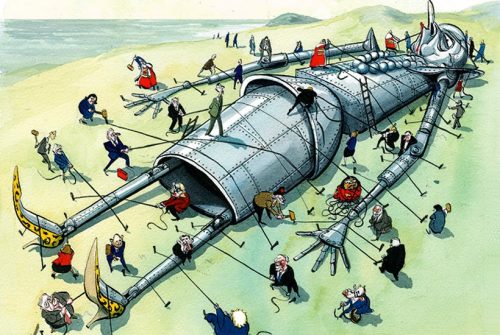 As we know by now, Theresa May has survived the no-confidence vote against her. It was not by a large margin, though, which would be troubling for her. The final vote count was 306 to 325. In fact, it was a win only by a slim margin. This is less than 25% of the margin by which she won her last confidence vote back in December. Clearly, confidence in the government is slipping fast. After the vote she was still vowing to carry through with Brexit, to find some sort of compromise that would be suitable to the House, but held mum about taking the no-deal Brexit off the table when pressed on the matter by Jeremy Corbyn. To her mind, nothing has changed. One gets the sense, though, that something is in the works. END_OF_DOCUMENT_TOKEN_TO_BE_REPLACED 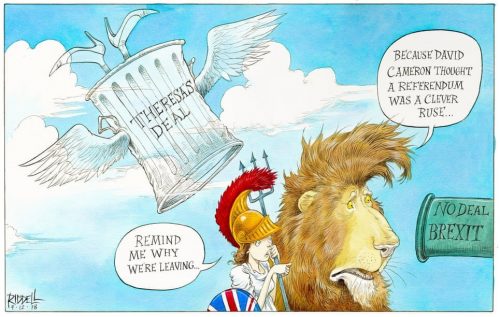 On the evening of 15 Jan 19 the sitting British government suffered its worst defeat in a House of Commons vote – ever. In a resounding rejection of Theresa May’s Brexit deal, the House voted it down by a margin of 230 votes, the largest since 1924. In fact, the three next-largest defeats were all in 1924. Two of those were on the same day and related to the Campbell case, the third relating to the defeat of a motion on Housing Bill on 3, all three under the first Labour government in Britain. The magnitude of May’s loss points to the divisiveness of the Brexit debate ongoing in the UK. Immediately after the vote was announced, the Labor leader Jeremy Corbyn tabled a motion for a vote of no confidence in the government, which was accepted. That vote is scheduled for tonight at around 6:00 PM. If she survives the vote, which is expected, then the government will have to come up with a ‘Plan B’ for debate and a vote on Monday, the day of the full moon/eclipse, and it should be no less interesting that yesterday’s vote. END_OF_DOCUMENT_TOKEN_TO_BE_REPLACED