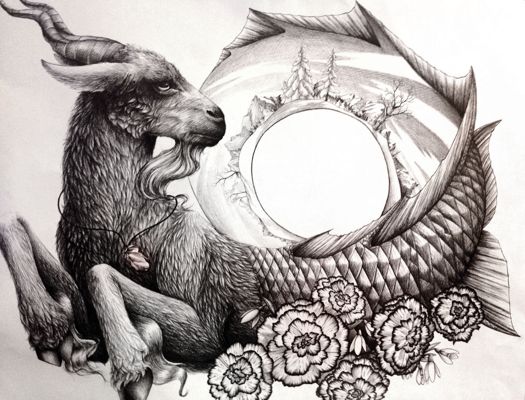 Merry Christmas, All! As 2021 winds down and we face a new year, we turn once again to the ingress of the Sun into Capricorn, which actually sets the tone for the coming year, as well as wrapping up the present one. Capricorn displays the best and the worst aspects of humanity. As 2021 passes into the twilight, we take a brief look back and then forward, from a year that will be gladly relegated to memory, to one that promises real change. And the world’s elites are being put on notice. 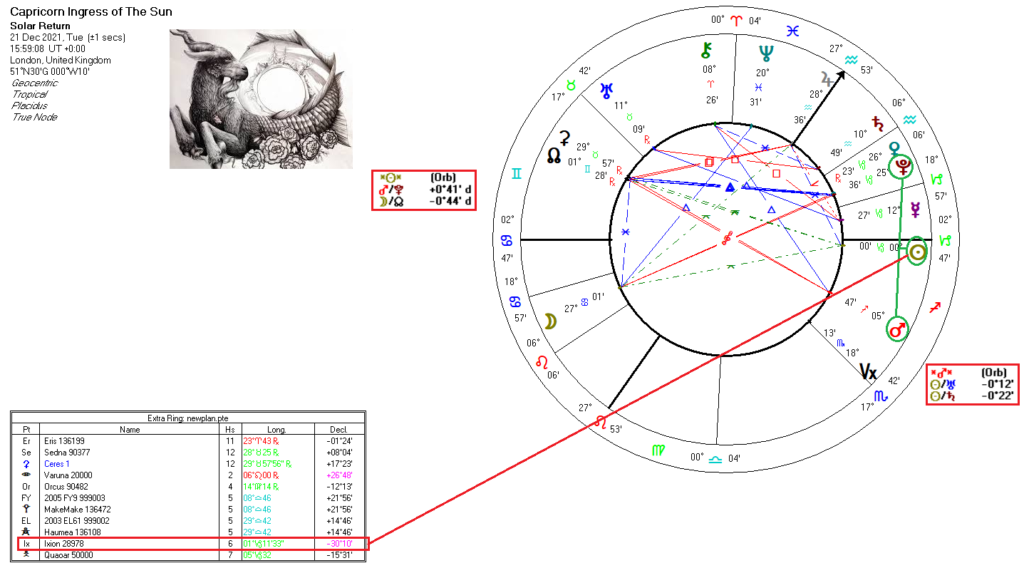 The central feature of the chart is the midpoint, Sun=Mars/Pluto: “A hard-working person, the ability to work till collapse or complete breakdown. Injury, accident, violent measures, an upset or shock caused through the intervention of Higher Power.” In turn, the Sun is sextile Jupiter, indicating a more optimistic quarter, but the background of the midpoint remains in effect, and in fact may serve to heighten the bolded emphasis in certain cases, depending on what transits are in effect at the time.

In addition, Venus has just turned retrograde conjunct Pluto and opposite the Moon, giving us another midpoint combination, Venus=Moon/Pluto: “A strong power of feeling, vivid powers of expression. – The desire to bring about the state of motherhood forcefully. – Sudden intensification of amorous feeling and emotion.” In terms of world affairs this midpoint relates to the desire to bring agendas and projects to fruit, the sudden intensification of alliances, heightened emotions and so forth.

The big caution in the chart is the midpoint, Mars=Sun/Uranus: “A person prone to hasty physical action, precipitation and rash action. – Injury, accident.” We see Mars conjunct the south node in the chart. If there are two places where such rash action might occur those would be in the Middle East or in Ukraine, though the latter is doubtful.

But there is a particular factor in the ingress figure that bears mention, but is otherwise excluded from most astrological analyses. That factor is the conjunction of the Sun with the dwarf planet Ixion, the latter having just entered Capricorn. Ixion finished its sojourn in Sagittarius last year and is now fully entered into service in Capricorn. It will be conjunct the Sun in the ingress charts for the next few years.

Ixion is the ‘divine malcontent’, expressing an energy that allows us to throw caution to the wind when all else seems pointless and to tread a new path. In its lowest expression it exhibits as vengeance and careless abandonment of any moral boundaries, often with tragic results. At its best it exhibits as the devil’s advocate and ‘the thief of fire from heaven’.

There is a Promethean aspect to Ixion, in that by abandoning convention, sometimes a better path out of difficulties is revealed. But its greatest gift to us as individuals and the collective is that Ixion enables us to overcome our self-inflicted mental torment. This will have great value to us in the the next year and the few years that follow. If Capricorn represents the establishment and old order, Ixion will serve to give the public a truthful view of that establishment. Ixion can thus be an ‘emperor has no clothes’ moment.

We will see Ixion in action as protests across the West grow against COVID restrictions and mandates as more and more people realize that such restrictions are unwarranted and imposed without any consultation. Into the future, as in through to 2040, all of our old institutions will be put under the magnifying glass and anything that is found to be corrupt and7or unsuitable will be roundly and summarily rejected.

As an example, Ixion entered Sagittarius fully in 1997. Russia was on its knees, under the yoke of neoliberal shock therapy and was quickly snapped out of the illusion of the ‘benevolence of the West’ when the Balkanization of Yugoslavia began. Ixion in Sagittarius called imperialism (a Sagittarian phenomenon) fully into question and led us to the point today where imperialism has been called to a halt. So, too, has the neoliberal philosophy of economics and the idea that free markets are the answer. They are now seen as the problem by many nations, along with neoliberalism.

1997 was also the prelude to the ‘New American Century’, as the Washington establishment wanted to cast its legacy to the world, with the events of 9/11 soon to follow and new philosophy beginning to emerge slowly as Ixion transited through Sagittarius – the idea that win-win international relations can replace TINA (There Is No Alternative) and zero-sum thinking – our current struggle between the Asia and the West. Ixion’s transit through Capricorn will finally bring an end to what we have seen in place and evolving since 1775.

America is about to experience its Ixion return, along with its Pluto return. Ixion had just entered Capricorn when the American Revolutionary War had begun. It entered Capricorn in full in January 1776. The Declaration of Independence was signed on 4 July 1776, when Ixion was at its present location. In fact, there are only 3’ of arc separating the Capricorn ingress this year from that date in 1776. Perhaps it is time for a new American revolution. We certainly see what may be the beginnings of one in the works, with the strong polarization in the nation and rebellion against the ‘liberal’ order.

With regard to revolutions, the American Revolution saw the start of a wave of revolutions across Europe against monarchies. But the revolution against monarchies didn’t start then. That began the time before when Ixion entered Capricorn in 1530. It was a time when the Protestant Reformation was picking up steam and when the so-called ‘divine right of kings’ began to be called into question. The seeds of revolution were planted then. Who knows what seeds will be planted with this transit?

The American Revolution was a revolt against the British monarchy and colonial Britain. This time the revolt shaping up is against American-British economic hegemony and the imperialism of many Western nations. It is going to be a fascinating period for historians to catalog, and we are all here to witness and to take part in it.

So, to see what may be in store for the coming quarter, there were several points of note forecast from the previous quarter: