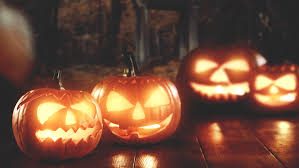 “World history is not the ground of happiness. The periods of happiness are empty pages in her.” (Hegel)

Starting on Thursday, 24 Oct, through to Halloween day, there was a series of shocking events, tragedies really, that marked the week before Halloween, and ended with Halloween day. It was one of those periods where we saw a confluence of violent events, and we were left scratching our heads wondering what was going on. Well, the signs were all there if one knew where to look, and we will outline some of that here. Before we do, though, as with any tragic event we extend our condolences to the families of those who lost loved ones and meditate for the safe and secure passage through the afterlife for those who lost their lives.

We also note that Uranus is often found in relation to accidents and especially air disasters, of which we had two through this period. The contact the Sun made with the Mars/Pluto midpoint lasted through Monday. Thereafter, the Sun entered a midpoint axis with Pluto and Neptune, with Neptune at the midpoint, and which was with us today on Halloween day. In all, we had an accumulation of fars that contributed to an overall period of tragedy and acts of God. So, as to the events themselves, we have:

This was a hate crime by a white supremacist disenchanted with Trump and the direction of the nation in general. With the Moon co-ruling the 8th house and in the 7th house we have the attacker, further being ruled by Venus, and Venus was at the Sun=Mars/Pluto midpoint. With Scorpio rising and Jupiter conjunct the ascendant we have the large social gathering (synagogue) where a bris (circumcision) was being performed, Scorpio ruling the genital region, but also the darkness of the event. The Moon was at the apex of a quintile yod with a Sun/Pluto quintile at the base, quintiles often being associated with obsessions, and the killer was described as being obsessive. The Neptune/IC conjunction in Pisces reflected the place of the shooting being a house of worship. Orcus was conjunct the MC, showing the vengeance that motivated the killer. His motivation was one of vengeance against what he perceived to be ‘the genocide of the white race by the Jews’. His delusion was shown by the opposition from Neptune at the 4th house, as well as the quintiles mentioned previously. The event highlighted the misuse of social media (Uranus squaring the nodal axis and ruling the 3rd house), the increase of hate speech that has arisen especially since the election of Trump, censorship and taking political advantage of a tragic situation.

There is no other way to describe this other than just a tragic accident. Mechanical failure was thought to be the cause, although the investigation is ongoing. Uranus, ruler of the tenth and air transport, was in the midpoint of a Moon/Neptune square. This points to possible indolence in the maintenance of the aircraft or weakness in some part. Saturn was conjunct the Descendant of the chart, and ruling both the 7th and 8th houses, the 8th house governing death. The Sun, ruling leaders and in this case the 4th house, showed the conclusion of the incident – the death of the football club owner, and was square the Mars/Pluto midpoint, showing the powerful force of the incident. Tributes poured in after the accident for the club and the family of the owner. Leicester, the league and their supporters are in mourning, the mournful event shown by Saturn on the Descendant, as well as the loss of a partner.

This was the most important event from a geopolitical standpoint out of the ones listed.

Indonesia’s airlines are not known for their stellar aircraft safety and maintenance record. Lion Air Flight 610 was a domestic passenger flight destined from Jakarta to Pangkal, Pinang with 189 passengers and crew on board. Shortly after takeoff (13 minutes), the plane crashed into the sea off the coast of Jakarta, killing everyone on board. Prior to that the crew had radioed back to Jakarta for permission to return. Obviously a problem had arisen with the aircraft. The flight had departed the airport at 6:20 am local time, when the MC was less than a degree away from Neptune. This was a flight over water, indicated by the Pisces MC, and there was a grand trine in water involving Neptune, the Sun and the Moon. The Sun was just within two degrees of the Mars/Pluto midpoint. Added to this, Neptune then formed the midpoint of the Sun and Pluto, one particular interpretation of which is martyrdom, and also the undermining of health and/or position. The latter will certainly be the case with Lion Air, especially if the crash was found to have been caused by improper maintenance. The

And it was wild. Much of Italy experienced heavy rain and strong winds starting from around the 27th, caused by the convergence of a shallow cold trough with two warm fronts on either side. The Liguria region of Italy was particularly hard hit. Venice had the worst flooding it had seen in many years, and it has only flooded this badly five times in 1,000 years. Heavy snows in the mountainous regions of France stranded over 1,000 drivers overnight. The Adige river here in northern Italy overflowed its banks and water was not fit to drink in many places because flood waters had inundated water treatment plants. So, from the Balkans through southern mountainous areas of France and up into Switzerland, it was not pretty. The ground was so saturated in many places that big swathes of large trees fell over, crushing cars. Roads were washed out, leaving villages stranded, and there were tens of thousands of homes without power. It was the closest this region comes to an Atlantic hurricane. As to the astrology, the factors mentioned at the start of this article were all present.

And to make Halloween complete:

Dan Brown should write a story on this one. In 1983, two 15 y/o girls – Emanuela Orlandi and Mirella Gregori – went missing in Rome. The former was a Vatican City citizen. Workers renovating a floor at the embassy discovered the bones when they pulled up the old flooring. The work was last done in the 1980s and the manner in which they were buried suggests that they did not die of natural causes. Speculation about the girls’ disappearances was that they were somehow related, though the incidents occurred months apart, and that maybe the Mafia was involved, or even the Church. It has all the makings of a good mystery. The families are hoping for closure. DNA samples have been extracted from the bones, so we will know something in about ten days. We don’t have a chart for the discovery of the bones, so it would be a noon chart for Oct 31. But is does make for a good Halloween story to end on. I hope the girls’ families finally find closure.

2 Replies to “A wobbly moon and Halloween horrors”