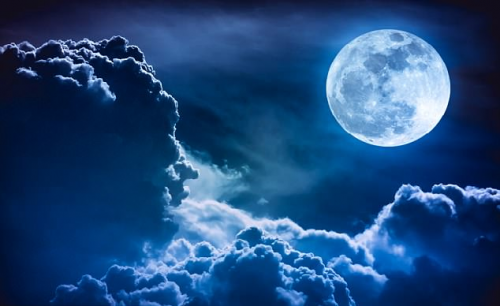 What follows are preliminary findings on lunations that take place on Aries points, and the astrological ‘blue moons’ that follow. The so-called Aries points, also known as ‘world view points’ are well-known in astrology as key points of change, especially as they affect mundane events. This is especially true if the lunation happens to be an eclipse. The Aries points are 0° of the cardinal signs – Aries, Cancer, Libra and Capricorn. In my most recent letter I made mention of what had taken place since the previous full moon, the latter having been with the Sun within a degree of 0° of Aries. Mention was also made of the fact that this takes place every 38 years. That is not exactly true, being instead every 19 years, or a cycle of the nodes. However, there is a catch…

Even though full moons take place on specific Aries points every 19 years, not every lunation thus produces significant events, at least in the way of changing the world view. In fact, the lunations on Aries points that produce major events tend to happen every other time, with exceptions, or every 38 years, as stated in the letter. This is more true of Aries instead of the other three cardinal points. As a further note, the events that take place between the astrological blue moons are the most potent, with the events happening every 38 years being the most violent, or producing the biggest changes. The events that have taken place since 21 March this year are quite important, as they will produce significant changes in the world view for the coming years.

What follows then, is the result of research into this. It is simply a list, for illustration, taken in order from Wikipedia entries. But it demonstrates the point. The span of time is between the first and the blue moons. And here, we are looking only at full moons. There are similar actions for new moons, And if you notice, certain patterns emerge, to be summarized after the lists.

With the Sun within 0° Aries at the full moon, we have:

21 Mar 2000: There was an antitrust ruling against Microsoft for monopolistic practices.

21 Mar 1962: Freedom of movement between Commonwealth states is revoked

For the Sun at 0° Capricorn:

Summarizing, the more potent lunations take place at the Aries, Cancer and Capricorn Aries points. Of the four, Libra produces the weakest events in terms of disasters, but the tendency with Libra, as one might expect, is for contracts, negotiations and treaties. The tendency with Cancer is for events involving the masses – migrations, protests, etc. All of them can show/presage violent events, some natural, some man-made. There are often uprisings, riots, coups, etc. The lunations shift over time, too, starting the day before the equinox/solstice dates and then drifting to the actual date for the change of seasons, thereafter drifting back over time. That is too much to go into here, but it can be noted with the Cancer Aries point lunations. And for the next ones? We’ll have to wait for a while:

Featured pic from The Daily Mail