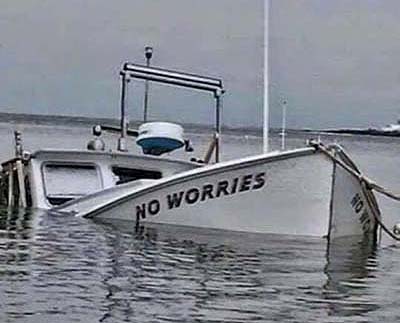 There are times during each year when the world seems to be a more restive place, with a greater number of accidents, events, military actions and so forth. The period from the start of May this year to the present has been such a time, especially since the end of July. There are many planetary factors that can signal those sorts of periods, and we normally associate the bigger events with the outer planets. Eclipses signal such events, too, and the severity of them can be exacerbated by peaks in sunspot activity. However, at the moment we find ourselves in the beginning of a solar minimum and half of this year has been devoid of sunspots. Yet, the world has been more restive since the start of May. But it is not simply that there has been such activity. Rather, if is that some of the events that took place since that time have been key events that will shape outcomes into the future, such as the abrogation of the JCPOA by the US, further sanctions on Iran, and so forth. So, where do we begin to look for the unsettled times we have been seeing?

Since the start of May this year there has been an interaction between Mars and Uranus – a square – and Mars has gone back and forth past that square three times in 2018. That square is normally associated with accidents, sudden actions, violent events and moves toward independence. This transit of Mars square to Uranus was most potent from around the first week of May throughout that month, basically. It has been a background energy since. On 26 June Mars made its retrograde station. After that is when the real fun started. Mars began to approach the square with Uranus again toward the end of July. The exact retrograde square was on 2 August, just after the 28 July eclipse. It made its direct station on 28 August. Mars has never been more than about 4 degrees off that square since the start of August. On 19 Sep, Mars made the exact square again, this time direct. Now, at the end of September, it is moving off of that square, finally. We can all breathe a collective sigh of relief, so we hope. Why would we say that? Let’s have a look at the major events through that time.

And then, starting on 25 July to present:

But why would this period be any different from others, as Mars frequently makes conjunctions, squares and oppositions with Uranus? The answer?: eclipses. From 28 Apr to Jun 5 Uranus was making a direct pass over an eclipse point, beginning to ‘finish off’ that eclipse. Eclipses generally have a ‘life’ of between 3 – 5 years, depending on where they hit and their intensity. Eclipse s on Aries points and the 15th degree of fixed signs are the more powerful eclipses, especially if they are total. It doesn’t matter if they are lunar or solar. The square of Mars added further stimulation via the square, serving to help matters along.

In addition, there is a rich field of still-active eclipses on the Leo/Aquarius axis, and Mars was the lord of one of them on the 28th of July this year. It was retrograde at the time. It came back within a 1° orb as of this writing. and points to why there have been so many accidents and militant events. But on top of that, from 28 Jul – 22 Aug the sun activated five eclipses, all of them recent and still potent, and defined two more this summer (in the north) along with the Moon. So, it has been a very active eclipse season. It is this sort of activity with eclipses that marks the more ‘active’ times of the year and also marks the more significant events. Comparing the solar activation with the list above, we had the sun at its closest to the median points on 28 July and on August 3, 7, 12, 15, 19, 22 and 31. And then in September we had the days 1, 2, 11, 12, 17, 22, 23 and 27. Most of those eclipses came in the past 2 years. The activation on 22, 23 Sep was of the 20 Mar 15 eclipse that heralded the Bataclan attack in Paris in Nov 15. That eclipse will be finished off this year, but if there was any doubt it is still active, a quick glance at the September dates and events above will be revealing.

So, with all those eclipses, Mars and Uranus, we ask again: What could possibly go wrong? I hope you and yours were safe through that period.