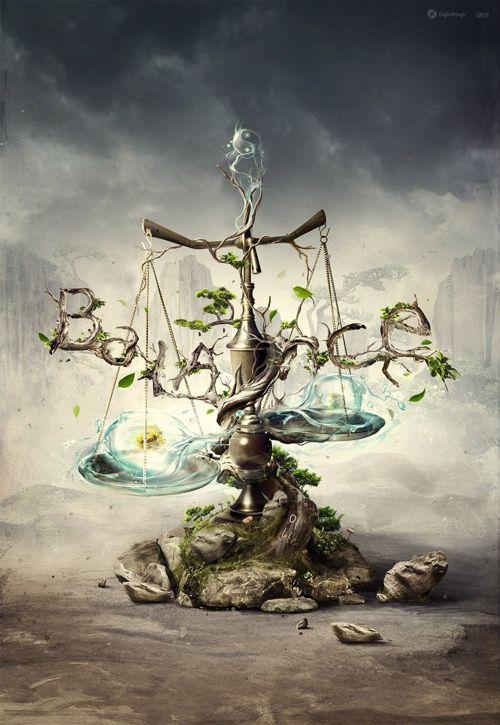 The Libra ingress for 2020 takes place on 22 Sep this year. Normally, we would center the time and place for the chart at Universal Time. However, for this year, since this quarter will feature the US Presidential election, the chart is centered on Washington, DC. The general aspects for the world will be the same aside from the angles, but we will focus a little later on what in particular this ingress will mean for the US.

The chart for the Libra ingress, centered on Washington, is below (bigger): 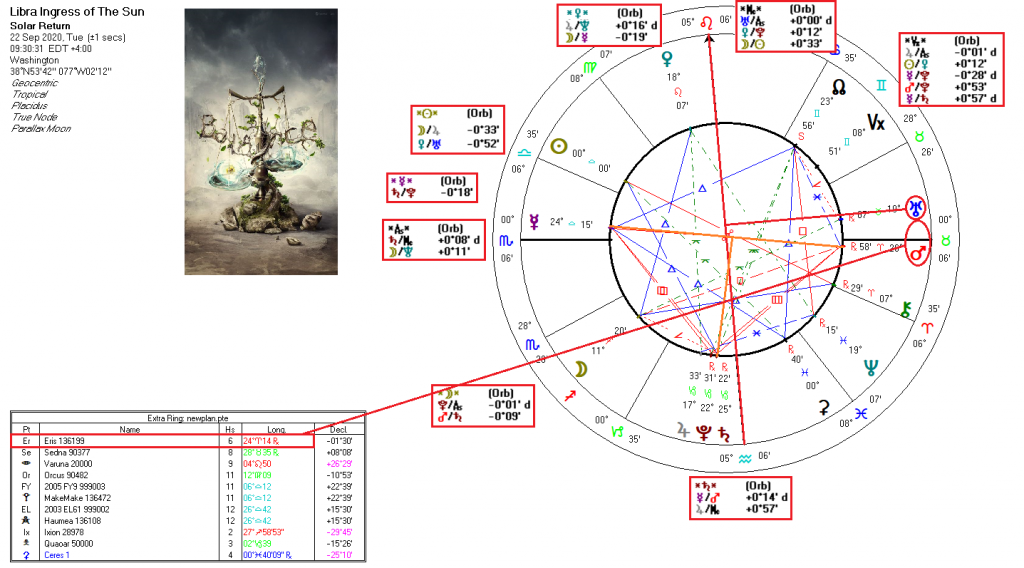 Midpoints are listed in the red boxes. Before we get to the US in this quarter, we look at the general indications for the world, ignoring the angles. The central feature there is a Mars/Eris conjunction, opposite Mercury and forming a t-square and midpoint with Saturn at the apex/midpoint. The full reading of the midpoint is as follows:

“Deep thinking, good powers of concentration. – Inhibited powers of decision, a slow or sluggish mode of thinking. – The desire to harm others, the tendency to say bad things, the inclination to bring harm to oneself by exaggerating, separation caused through quarrelling.”

The bolded points are clearly in evidence in this quarter. When we add Eris to the mix the combination becomes even more unpredictable and restive – think: October surprise.  The stage is already set for the final bolded point, as a result of events in Belarus and the Navalny incident. Factions in the West clearly want to keep a good distance between Russia and Germany. There are at least two clear political camps in Germany, Atlanticist and Prussian. The Atlanticists want closer cooperation with Washington and want the Nord Stream II pipeline stopped, while the Prussian camp is increasingly looking East and knows that Germany needs the Russian gas to stay competitive. It is going to be an interesting quarter in Germany.

There are other ramifications of the aforementioned planetary combination, and those relate to Western moves in an attempt to push back China’s progress, attempts to keep Lebanon destabilized and broken, attempts by the US to further choke Iran into submission and a looming battle of wills concerning the latter in the UN. And then there is the US election, which looks to be bitterly contested, coming just over a month after the ingress. We’ll have more on that presently.

Concerning Lebanon, we had the following from the forecast for the Cancerian quarter: “Ura=Sun/Nep: Sudden upsets, suddenly emerging illness or weakness, emotional upsets”. The most obvious ‘sudden upset’ was the explosion at the port in Beirut, which has brought Lebanon’s fates clearly into focus. Macron visited Lebanon in the past days and laid down the gauntlet to the clans there: Reform or be left hanging. He risks losing Lebanon to the East and Iran. Hezbollah is the major military force in Lebanon and it is closely allied with Iran, the latter moving from strength to strength in spite of US attempts against it. Lebanon will be a nation to watch closely in the months ahead, and will probably turn into a new battleground.

Attempts to strong-arm Europe by the US will produce further splits between the US and the EU, as well as within the EU between nationalist and Atlanticist factions. These fights are over a variety of issues, mostly financial, as the US economy flounders and the EU finds itself in a much-weakened position economically. The primary areas of conflict involve, as usual, European connections with Russia, China and Iran. Belarus and Montenegro feature in the immediate future. The Nord Stream pipeline is nearing completion as of this writing, and is due to go online early next year. The infighting in Europe will prove decisive in the next year or two as to the future of the EU – as to whether or not it survives as a unified bloc. The same will be true for the future of the UK.

Other combinations in the chart are the separating trine between the Sun and Saturn and the transit of Neptune at the bending of the nodes. The separating trine points to fraying areas of past cooperation between nations, mostly in the West, and increasing volatility as the Sun transits through Libra in October. Neptune will complete the square of the nodal axis in the next quarter, remaining at the bending until then. That indicates a further blurring of relations, and its simplest interpretation points to ‘a lack of team spirit’. The Sun moves to the moon wobble early in December, which is probably when we will see one of the more contentious periods in US history if what the pundits are forecasting comes to pass.

The period from the ingress to the US election on 3 November will be very unpredictable in one way, yet entirely predictable in another. The current administration, working toward a November victory, is trying to place itself in a good position to affect its ends moving into 2021. Hence, its ‘diplomacy’ will become even more strident toward resistant states, with resulting countermoves in said states. That is the predictable part. And the Trump administration has plenty with which to occupy itself between now and January – the next inauguration. That said, whoever is elected, do not expect to see much in the way of change in US foreign policy.

The last general aspect to consider is the yod formed by the Jupiter-Neptune sextile with Venus at the apex. In the positive this points to people of vision emerging in the middle of all the present world chaos, full of big ideas and high idealism. This is what we can meditate toward. On the other hand, it can point to political scandals, deceptions between people, losses through speculation and political conflicts caused through instability. That brings us to the United States.

The most obvious indicator in the ingress figure for the US is the Mars/Eris conjunction on the Descendant, pointing to a very contentious and litigious quarter. This is not difficult to see, even without astrology. The astrology just further supports what is common knowledge: The election will be one of the most bitterly contested elections in US history. Trump has said he will not leave office if he loses – if he becomes a loser – and Hillary Clinton has come out and stated that Biden should not concede the election under any circumstances if the election is close. Due to mail-in ballots, the election may be long in determination, lasting throughout November at least.

However, given the Mars/Eris conjunction in Aries, there may be a different outcome: The election may be decided in a landslide. And with Uranus in a wide square to the Meridian axis in the ingress figure from the 7th house, along with all the other factors just examined, there will indeed be surprises in October, ones which will decide the electoral outcome. Anything can happen, from a financial collapse, a false flag event, a bombshell news report, a scandal that derails one of the candidates (‘Sleepy Joe’ is not squeaky clean himself) or a sudden shift in the public mood for some reason. Do not discount anything in the US for this quarter.

The prospect of some type of October surprise has been heightened now with the death of Justice Ginsburg. Trump will want to push through his pick to replace her before the election, which would make him an important President. It would also boost his base if a conservative Justice could be advanced to the bench. There will be more on this in a coming post. If the selection process gets blocked somehow and runs into trouble, an October surprise would be just the thing to cover for a rush to push through the confirmation of the nominee, keeping the public distracted, and cover any behind the scenes dealing or the rush to get it done. If there is to be anything along the lines of a surprise, as in a sudden conflict somewhere, we should probably expect it in the first week of October.

As forecast for the Cancerian quarter, just passed, Trump’s fortunes soured then. There was a resurgence of the virus in that quarter in the US, in a big way, and his approval ratings sank. The resurgence peaked about a month after the ingress. Then, at the end of August his brother passed on. That trend in Trump’s polling is reversing now since the virus numbers are steadily decreasing. So, Trump is far from being a lost cause in the election. Then, there is flu season to look forward to, starting on October 1st and running through to April in 2021.

The one thing we have not mentioned here is the possibility of another pandemic, this time of the flu. There is the possibility of illness in the figure, shown in the midpoints to the Moon and to Chiron, and the latter will be activated by the Sun transit at the start of flu season. This is not to raise alarm, but to raise awareness that anything can happen in this Libra quarter. It is a time of important decision, as well as unexpected opportunities for sudden shifts in our planetary destiny. Maintained awareness is the key to our success. And as always is the case with Libra, the challenge is to stand in the middle, amidst the clamour and chaos, and thereby to calmly imagine a better way forward.